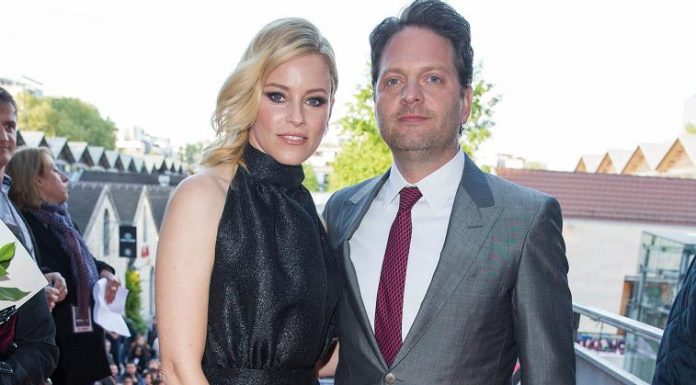 A movie about a cappella singing hardly sounded like a recipe for success when the first Pitch Perfect came out. Yet, thanks to a winning combination of a dedicated cast, a witty screenplay and very catchy song performances, Pitch Perfect became a sleeper hit in theatres and exploded later on home video. When Pitch Perfect 2, a worthy follow-up to the first film, hits the theatres this month, expectations will be on a whole different level. This time, Barden Bellas are going up against the big guns. Between Avengers: Age of Ultron, Mad Max Fury: Road and Brad Bird’s Tomorrowland, Pitch Perfect 2 seems like an unlikely competitor, yet it will almost certainly make a whole lot of dough and put some so-called blockbusters to shame.

The two masterminds behind Pitch Perfect are Elizabeth Banks and Max Handelman, whose Brownstone Productions gave life to the franchise. Of course everyone knows Elizabeth Banks, be it from her stints on "30 Rock" or "Scrubs" or her movie roles in The 40-Year-Old Virgin, Zack and Miri Make a Porno or The Hunger Games franchise. Already multi-tasking in the first film (producing and starring), she graduated to directing with the sequel. But this is not about Mrs. Banks (whose interview is coming up shortly), this is about Max Handelman, Banks' husband of over ten years, who is equally responsible for the film’s success behind the scenes. Handelman and Banks met as freshmen in college and have been inseparable ever since – a miracle by Hollywood’s fickle relationship standards. It is their strong bond that made them a perfect team to produce the Pitch Perfect movies. In our interview, Max Handelman talks about the first film’s famous fans, the difficult song selection process and why Baton Rouge had to become Copenhagen.

Filmfutter: Before starting your production company (Brownstone Productions) with Elizabeth (Banks), you were not involved in the movie business, but rather active in fantasy football at Fox. Did you get into producing movies through your wife?

Max Handelman: Yes, indirectly. I worked for News Corporation and for Rupert Murdoch. I worked in the corporate side of business, not in the creative side. I went to business school to get my MBA and it was at that time, that Elizabeth’s career really took off. Through her I was exposed to the creative side of entertainment business.

FF: What’s the focus of Brownstone Productions? I know you are developing some TV shows right now.

MH: We just signed a first look production deal with Universal, so we will develop most of our films with that studio, but not exclusively. I think we will continue focusing on modestly budgeted comedies, often with female ensembles. They will be younger skewing. We are also looking into some Young Adult material, building off Elizabeth’s presence in The Hunger Games. Those are probably going to be our main focuses for the time being.

FF: Are there further plans for the Pitch Perfect franchise in place, if the second film is successful, which it most likely will be?

MH: There are no concrete plans right now. Everyone is waiting to see how the film does. We will know soon. I think we have created a powerful and very valuable brand, so I think there are varieties of opportunities to explore in the a cappella world if we go forward, but what those opportunities are going to be, I cannot tell until Pitch Perfect 2 comes out.

FF: You and Elizabeth produced the first movie, but with Pitch Perfect 2 she made her directorial debut. Did it, in any way, change the way you two worked together during the shoot?

MH: Not really. We are very fortunate that our personalities and skill sets really complement each other. She is exactly what you see her to be: dynamic, charismatic, always out in front. My personality and style have always been to stay in the background, helping to facilitate things, strategizing. This press tour is something rather new for me. Usually no one cares about what I have to say. (laughs) Her directing a film that I was producing felt completely natural. It was the perfect match.

FF: So how was the decision made for Elizabeth to direct Pitch Perfect 2?

MH: It was a combination of several factors. She was too modest to suggest that she should direct it. We knew she wanted to direct a movie and didn’t know what that would be. A lot of first-time actors-turned-directors first try their hand at small independent films. I actually really didn’t want her to do that and wanted her to start off with a studio level film. She was very fortunate to have the support of Universal Studios’ chairman Donna Langley. She has seen the short film that Elizabeth did about women’s heart diseases that received a bunch of awards and was impressed. Within two months of that the opportunity of directing Pitch Perfect 2 presented itself. Our initial intention was to bring back Jason Moore, who directed the first movie. He wanted to, but he was also attached to another film with Tina Fey and Amy Poehler (Sisters). We were under pressure to find a replacement and very quickly it became clear that it would be Elizabeth. 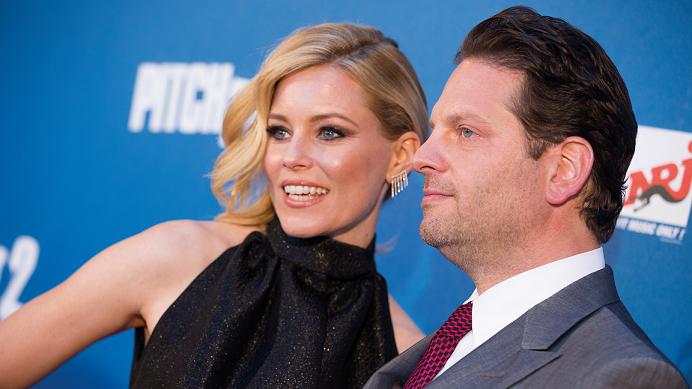 FF: Pitch Perfect was a big success and naturally the sequels in Hollywood are almost always bigger in scope, but also in budget. Was it a bigger challenge or did it feel liberating to have more money to work with?

MH: It’s not really liberating. It has been more of a challenge because you are responsible for a bigger budget and thus more responsible to the studio and the financiers. However, our budget was not massively higher than the first one. It was larger, but still a relatively small budget for the studio. But the increase in budget enabled us to inject more scale and scope into the film. If you see the first one and then the second, you really do see the difference. It was a great opportunity to expand the world and let Elizabeth put her own stamp on the film as opposed to just replicating the first movie.

FF: How did you come up with the idea to set the world championships in Copenhagen of all cities?

MH: (laughs) It’s so funny how many decisions are just made in completely random ways. We were shooting in Baton Rouge, Louisiana and we didn’t want to set the world championships in a city that is very recognizable to American audiences, like Paris, Rome or London. We didn’t want to set it in Berlin because we didn’t want the competing German team, Das Sound Machine, to have home advantage. So we went with Copenhagen because we thought it was a city that Americans have heard of, but didn’t know very well, so it could look like anything. From our perspective Copenhagen also seemed like the glamorous and sexy city to visit for Americans. That’s how simple it came about.

FF: How did the selection process for songs in the movie work? Did Kay Cannon (the screenwriter) put the songs in the screenplay, when she wrote it or did you and Elizabeth choose the songs afterwards?

MH: Kay likes to put songs in the screenplay, when she writes it because it helps her to structure scenes in her mind. The songs dictate mood and emotion in the given scenes. However, in about 95% of the cases we went back and chose our own songs, based on a variety of factors, the main one being that you simply can’t get every song. Some songs are way too expensive, others just can’t be licensed, and some writers don’t want you to use them. Another thing that some people don’t realize is that there are a lot of great songs that simply don’t offer themselves well to a cappella. A cappella is a specific sound in terms of breaking up the songs and having all these different instruments. It doesn’t work with all songs.

FF: How did you get the rights to put Mr. and Mrs. Obama in the film?

MH: Actually that was very easy. It’s licensed footage from a news company, I think CNN or C-Span. Because they are public figures in America, you can use their images, as long as it is not for negative purposes. We have also heard that the Obamas are fans of the movie. After the first movie some of our cast were invited at different times to go to the White House and perform, so I’m hopeful and confident that the Obamas will enjoy their small role in the film. 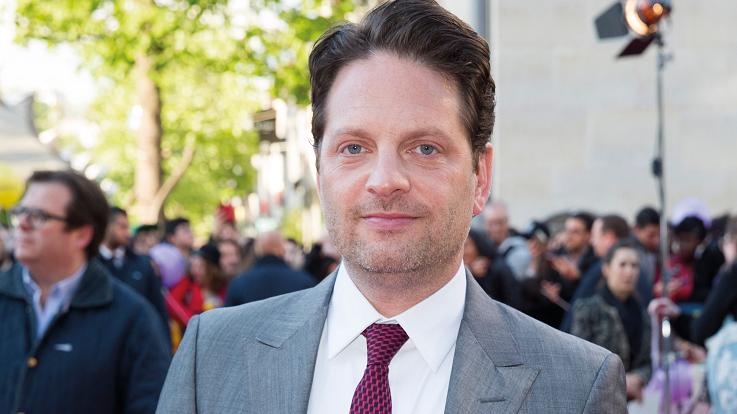 MH: That’s a good question. I’ll probably offend one person or another, whichever I pick, but I personally love the opening number of Das Sound Machine at the car show, when they sing Muse’s “Uprising”.

FF: How did you get Snoop Dogg to cameo in the film? Was he a fan of the first one as well?

MH: Yes, he was and his daughter was a huge fan too. It’s not like Snoop Dogg has any problems being cool, but he felt that he’d be particularly cool to his daughter, if he appeared in the movie.

FF: The first movie found huge success in home entertainment. As a producer, do you think about that beforehand as well, when making a sequel, or is the focus primarily on theatrical box-office?

MH: I don’t think you think about that initially. But you can speculate on why certain types of films work better or worse than others. We expected Pitch Perfect to have a lot of playability and invite to repeat viewings because of the music. On the comedy side, it is a very quotable movie with lines that people like to say over and over again. I think those were factors why it became so big on DVD and video-on-demand. People just liked coming back to it. I’m confident the same thing will happen on the second movie, but hopefully the audiences will also see it many times in theatres. That’s the first goal.

FF: The first movie was released in the fall and started off with just a modest number of theatres. The second is being released in May, amidst the huge summer blockbusters. What does it feel like to try and hold your own against some huge tentpoles?

MH: Well, that’s a question best answered by Universal’s marketing division. But I do know that they really believed in Pitch Perfect 2 as a film that can play wide and into the summer. They don’t view it as counter-programming. They thought all along that the film would be a big success and that’s why they ran a spot during the Super Bowl. I was surprised, when I heard the date and saw how close to The Avengers we are. It’s a packed summer, with a lot of big movies and we are one of them – that’s what they would say.

FF: In that case I wish you the best of luck with the film. Thanks for the great interview.

"This Is Us": Macher hält ein Spin-Off für unwahrscheinlich 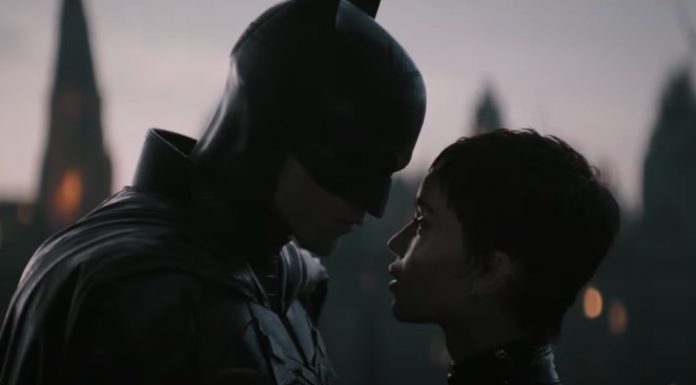 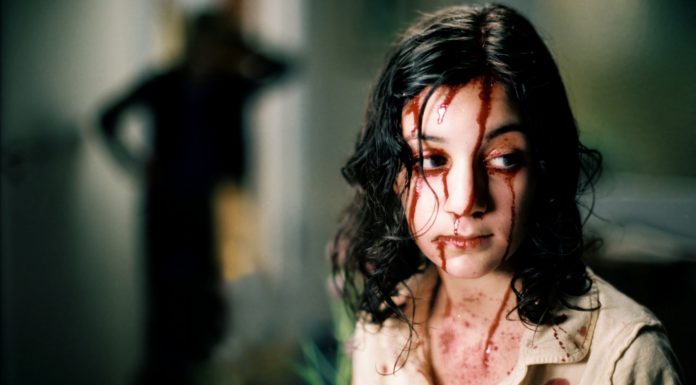